Skip to content
The delinquency rate for mortgage loans on one‐to‐four‐unit residential properties fell to a seasonally adjusted rate of 4.88 percent of all loans outstanding at the end of the third quarter of 2021. The delinquency rate was down 59 basis points from the previous quarter, and was 277 points lower than one year ago, according to the Mortgage Bankers Association’s (MBA) National Delinquency Survey, released this week. 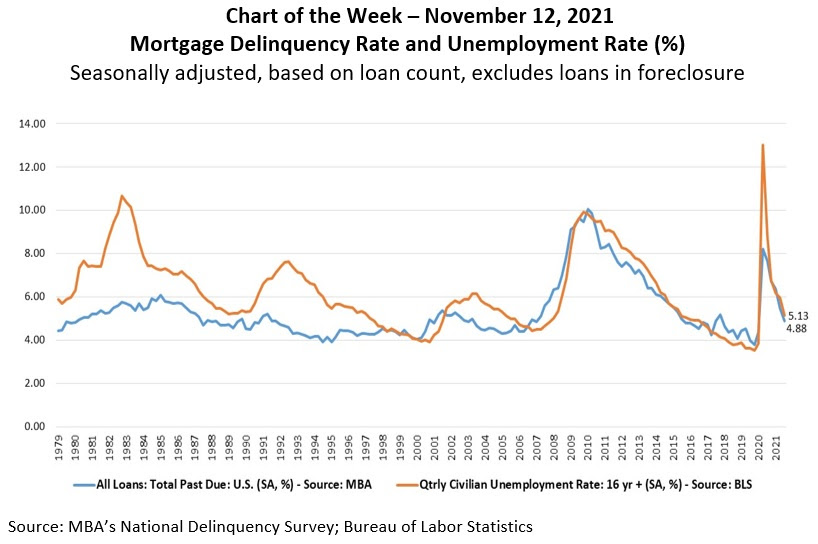 The mortgage delinquency rate has now declined for five straight quarters, commensurate with the decline in the U.S. unemployment rate over the same time period. In October, the unemployment rate dropped further to 4.6 percent, indicative of a further decrease in the mortgage delinquency rate in the months ahead.
The improvement was driven entirely by a decline in later-stage delinquent loans – those loans that are 90 days or past due, but not in foreclosure. By the end of the third quarter, many borrowers were approaching the 18-month expiration point of their forbearance terms and were being placed in permanent home retention solutions, such as modifications and loan deferrals. Once these borrowers entered permanent post-forbearance workouts and resumed payments, they moved from delinquent to current status.
Across the period from first quarter of 1979 to the third quarter of 2021, the quarterly mortgage delinquency rate averaged 5.33 percent, while the quarterly unemployment rate averaged 6.23 percent.
–Marina Walsh, CMB and Anh Doan
Source: Bureau of Labor Statistics, US Census Bureau 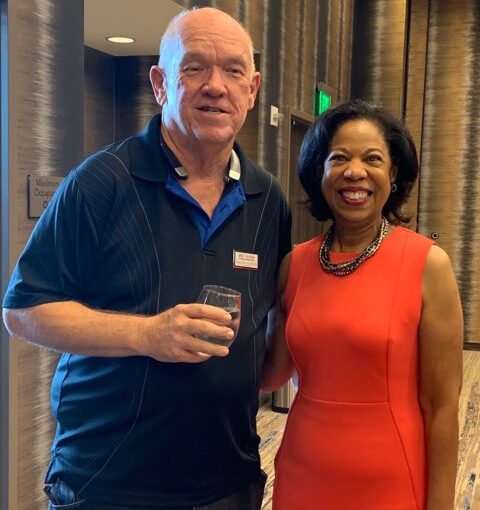 Thank you, Members and Clients, for making the training session such a success! It was standing room only…

On September 17, the Research Institute for Housing America (RIHA), MBA’s think tank, released a special report on housing-related financial distress during the second […] 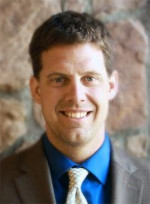 Being a part of my community has become a priority in my business over the last year. I have been concentrating my […] 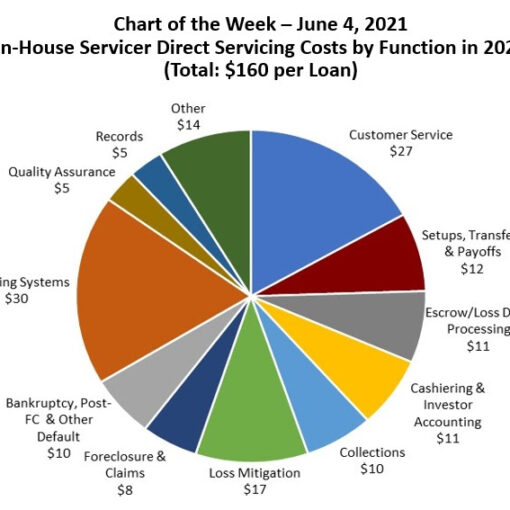